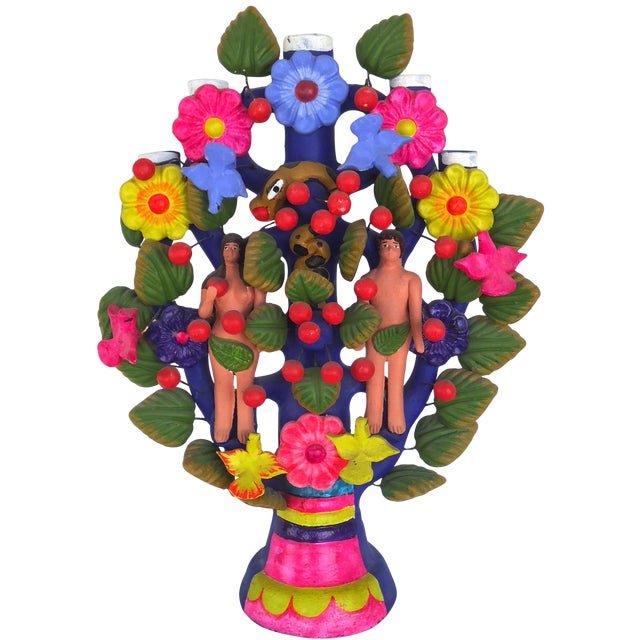 The city of Oaxaca, where I lived for two years is in southern Mexico is a hub of rich culture, which is most clearly visible in their visual arts culture. This rich artistic Folk Art culture can be experienced throughout Mexico. My grandparents also lived in Mexico and used to give slideshows on the subject ( which I must admit, that as a child, I found incredibly boring!)

The Tree of Life (Arbol De La Vida) was originally used to teach Christianity to indigenous Indians, so featured Adam and Eve with serpent! However, as time has passed they have developed to have many themes, such as the Day of the Dead and are bright and colourful. They vary in design depending on which part of Mexico they come from. 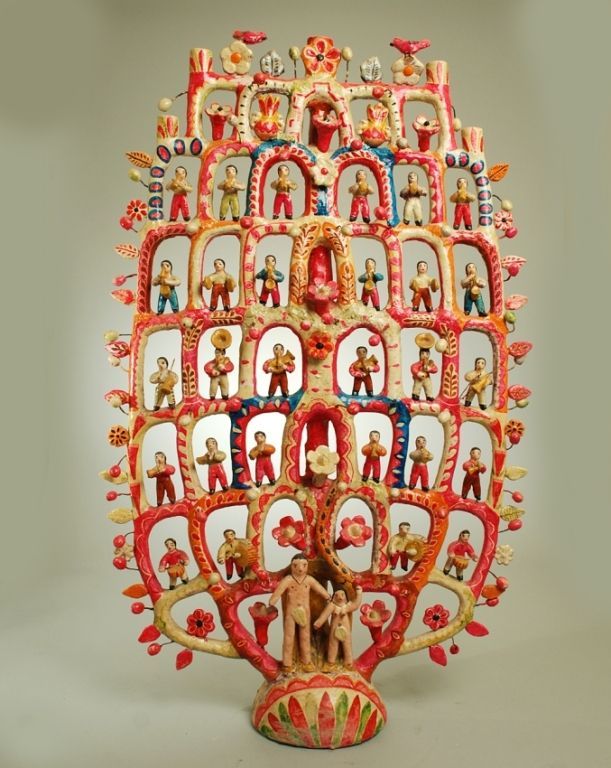